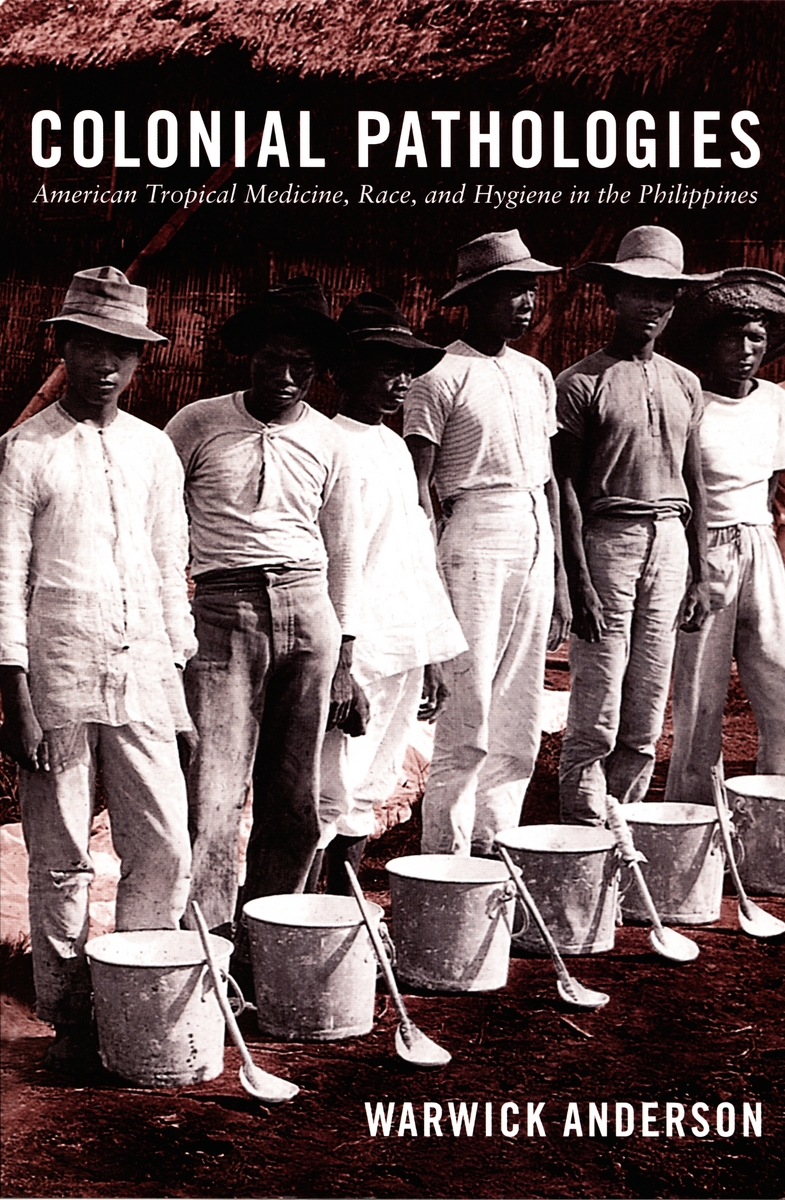 'Birth, copulation, and death' as the American historian Norman Owen writes, borrowing T.S. Eliot's memorable phrase, are areas of key conference held at the National University of Australia attempted to systematically approach the subjects of morbidity and mortality (but not fertility), focusing on epidemic disease and other disasters, and death. The resulting volume Death and Disease in Southeast Asia, published in 1987 by Oxford University Press, was the first edited volume to explore the social, medical, and demographic history of Southeast Asia. Owen's volume, which has so far not been superseded, gathered together papers that examined Vietnam, the Indonesian islands of Java and Bali, the Dutch colonial capital city of Batavia in Indonesia, Thailand, and colonial Malaya.  The papers were organized under three sections: "The Demographic Evidence" which focused on rates of fertility and mortality; "Culture and Curing" explored Southeast Asian approaches to diagnosis and healing, particularly the place or religious cosmologies in the understanding of disease and ill health; and "Biology and Politics of Death" examined death and government policy. For the Philippines, Norman Owen's contributed essay "Measuring mortality in the 19th century Philippines" painstakingly examined population figures and burial records compiled from parish registers in the Bikol region in the mid-1840s, to give a picture of the dramatic nature of death during crisis-- food shortages, cholera epidemics and devastating typhoons. Through meticulous quantitative analysis, Owen has brilliantly shown how death has historically struck in the Philippines - who was most affected, when, where and by what.

These questions were again central to the recently published volume edited by Daniel Doeppers and Peter Xenos, Population and History, which demonstrated the continuing usefulness of population figures in reconstructing periods of crisis mortality and times of normalcy in which endemic afflictions were responsible for the majority of deaths in the Philippines. Included in this volume, Linda Newson's essay explored old world diseases such as small pox and the appalling devastation these caused in early colonial Philippines. Drawing on insights from her path-breaking research on disease and death from within lengthier periods and the impact of foreign presence over time on morbidity and mortality rates.

The study of colonialism and medicine has been, by far, one of the most stimulating and provocative areas of investigation in Philippine medical historiography. Much is owed to the high quality work of three scholars in particular - Ken de Bevoise, Reynaldo Ileto and Warwick Anderson. Concerned with the late 19th and 20th century Philippine health crisis, de Bevoise was interested in explaining why morbidity and mortality rates were astonishingly high during the 1883-1903. His study, Agents of Apocalypse: Epidemic disease in the colonial Philippines, eventually published in 1995 broke new ground in methodology and the interpretation of a period that was mainly approached by historians from the standpoint of revolution and war. In de Bevoise's study, war is but one strand in explanations of disease causation, part of a web interacting factors that could be traced back to the mid-16th century. De Bevoise was interested in mapping the historical processes involved in archipelago-wide contagion, focusing on venereal disease, small pox, beriberi, malaria and cholera. By "embedding" human interactions within complex networks or webs of "ecological interdependence", he shows how late 19th century health crisis was a result of cumulative changes and long term processes that progressively upset ecological equilibrium. As he writes: "I have tried to think ecologically, seeing human health as an outcome of multiple, reciprocal and continuing interactions among pathogens, hosts (both animal and human) and enveloping environment." De Bevoise thinks multi-causally and sees colonialism as but one in several interlocking systems in which epidemiological events unfolded. Ecological imbalance and the disease process are thus mapped with equal reference to early Spanish efforts to develop land and to American military offensive against Filipino resistance to American colonial rule.

Investigating the tangle of interactions and causal processes in health crisis requires scholars to approach their material with fresh eyes, using analytical tools taken from different fields. As we have seen, most scholarship on early 20th century American health and sanitation systems has tended to simplify the picture of American benevolent intentions in the institution and implementation of disease eradication programs. The work of Reynaldo Ileto and Warwick Anderson has dismantled the mythologized benevolence of American colonial medicine by carefully analyzing colonial medicine and sanitation as technologies of colonial rule. In Ileto's seminal essay "Cholera and the origins of the American Sanitary Order in the Philippines", the Filipino-American war of 1899-1902 and the fight against cholera epidemic in 1902-1904 are seen through a single optic - militarization and its technologies. Ileto's compelling argument shows how both the war against Filipinos and the drive against cholera were conducted by the same military personnel and along the same lines of order, that is, to establish the basis of colonial authority and mold disciplined, hygienic subjects malleable to American tutelage. Yet, as Ileto also describes, such well-meaning measures as the wholesale evacuation and burning of villages, forcible quarantines, reconcentration and enforced cremation were rarely greeted with passivity. Ileto teases out indigenous agency from colonial sources by interpreting the frustration experienced by the American military during the health campaign as instances of Filipino resistance. Through tactics of evasion and concealment, Filipinos defied colonial efforts to standardize definitions of sickness and approaches to death and dying, by continuing to turn to traditional healers, and continuing to practice in secrecy burial rituals and thus reassert local concepts of bodily order. In this way, Ileto challenges the common representation of American medical sanitary measures as medical heroism and progress, and popular resistance as superstition and backwardness, by foregrounding war and underlining American sanitary measures as continuing acts of war and military violence.

Focusing on the same period, the American medical historian Warwick Anderson analyses a variety of health campaigns and sanitary measures for instituting public health and disease control as different mechanisms of colonial rule. Anderson's scholarship is broad ranging and sophisticated, encompassing subjects that include vaccination, tropical medicine the colonial laboratory, hygiene and the construction of white, male subjectivity. His recently published book Colonial Pathologies: American Tropical Medicine, Race, and Hygiene in thePhilippines examines American hygiene reform and tropical medicine as mechanisms intrinsic to the "civilizing process". Throughout his work on Philippine medical history, Anderson draws from a wealth of sources from U.S. government reports to the correspondence of U.S. soldiers, to chart the colonial development and deferral of what he calls Filipino "biomedical citizenship", or the colonial business of training Filipinos to behave hygienically thereby producing 'germ-free' Filipinos. As he writes:

This means tracking the development of civic bacteriology - following medical bureaucrats as they quickly move from mapping biological difference onto a "tropical" territory to mapping human difference and civilizational potential in the new American possessions. Microbiology rapidly became civic destiny, organized into a typology that positioned immature native germ-carriers (and distributors) against responsible, clean yet especially vulnerable whites.

Philippine medical historiography, to sum up, is developing in exciting directions - in demography, in medical biography, in biomedical history, and in the study of colonialism. Interest in disease prevalence, epidemic and endemic diseases from diverse perspectives is steadily growing; along with those works I have already mentioned, I would add the excellent essays on water and sanitation, and cholera published by the French historian Xavier Huetz de Lemps and the work on smallpox vaccination currently being undertaken by the American researcher Tom Colvin. Gaps in scholarship abound. It is surprising for instance that so little work has been done on venereal disease whose focus is on treatments and the body, rather than prostitution, as well as historical studies on malaria. The most interesting to see however, is research that focuses on historicizing indigenous medicine, local concepts of sickness, healing and the body, and medical pluralism in the Philippine context. The absence of indigenous written records has compelled historians to contemporary accounts of folk medicine and medical knowledge, sorcery and witchcraft, and traditional concepts of health and illness such as usug, kulam, and pasma. This is an especially challenging area of research for historians of Philippine medicine but one that is also incredibly promising.

Reference from pages 17-31, "First International Conference History of Medicine in the Philippines" Edited by Rev. Fr. Angel A. Aparicio, O.P. , 2008