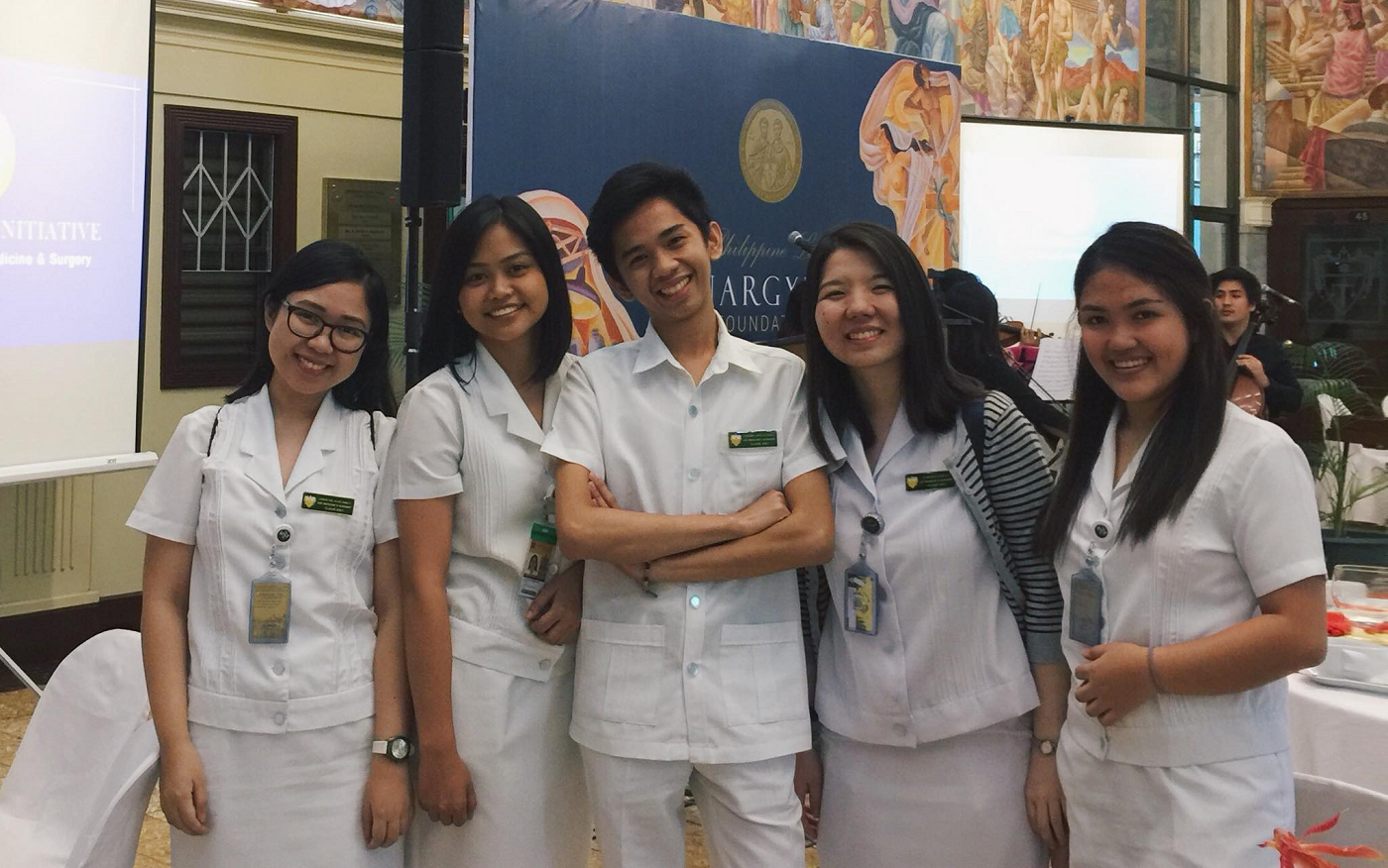 All along these years, several generous people have come with bigger or smaller contributions which have permitted us to look with optimism to the success of this project. However, it is not only financial aid which is most needed and deeply appreciated. We welcome suggestions, corrections, inputs that can improve on our early plans. For the project to be sustainable beyond 2021, we all ought to cooperate by establishing a solid and sound program. The floor is open for suggestions. Only a substantial endowment of 200 million pesos will make it viable. Is this achievable? One of our most generous benefactors has pledged 50 million pesos. We pray and hope that the good example of Drs. Linda and Peter Fang will stimulate the generosity of our best alumni. Miracles happen, yes, and many other things. It depends on us.

Let me close this reflection on an historical note. It was never the purpose of the first Spanish Dominicans who came to the Philippines to establish a school of Medicine in the country. We, Dominicans, are officially referred to as The Order of Preachers, and that is who we are, preachers. Saint Dominic, from whom we get our popular name of Dominicans, was a preacher. So was the patron of our University, Saint Thomas Aquinas, and Blessed Angelico whose beautiful representations of the Christian mysteries still attract masses of people to the great museums of the world; and thousand others who through 800 years of existence of the Dominican Order have proclaimed the message of the gospel in thousand different forms. We preach by word of mouth, like the late Fr. Sony Ramirez, O.P., or in the classroom, as I myself, or with music, painting, etc. We are educators.

Why then, do we, Dominicans, have a school of Medicine and a Hospital here in the Philippines? The University Historian, Fr. Fidel Villlarroel writes: When in 1645, the initial Colegio de Santo Tomas (founded in 1611) was raised to the status of “university” by Pope Innocent X (Bull In Supereminenti), this title, though very welcome, was short of fulfilling the expectations of the Dominicans who wanted a “Public University of General Studies.” But this title was only given to universities having some faculties, such as Law and Medicine. And so, in 1680, upon request of Santo Tomas University, a Papal Bull and a Royal decree were issued giving license to establish the two mentioned faculties. But unfortunately, for unknown reasons, the license was not carried to effect.

It is not my purpose here to trace the steps taken in the creation of the Faculty of Medicine from the first attempts until it was finally established more than two centuries later in 1871, or to flaunt on the great achievements it has accomplished throughout the 150 years of existence. I am not a historian. My interest lies only on small details, those found in the foot notes.
Somebody threw this question to me: What is the secret of the longevity of the Dominican Order (800 years), of the University of Santo Tomas (409), and of the Faculty of Medicine and surgery (149)?

It is not easy to understand how UST has lasted for four hundred years, despite opposition and countless difficulties, such as invasion by the British, change of administration, wars, occupation of the land, not counting the internal struggles and conflicts. It is not easy to foresee what the future has in store for it, especially for its Faculty of Medicine and Surgery. One can only say that it is only by fidelity to the vision and values of its founders that these institutions were able to survive and that they will last.

It is not mere coincidence that it was the founder of the University, Fr. Miguel de Benavides who, back in 1589, set the foundation of a hospital that lasted for more than two hundred years, the San Gabriel Hospital in Binondo. We read in the first chronicle of the Dominicans about him and two of his companions: In the first place, when Fr. Miguel de Benavides, who later became archbishop of Manila and Fr. Juan Cobo, his companion, in charge of the ministry of the Chinese, transferred to a small nipa house, since they were near the Parian of the Chinese, and noticing that some of them were sick, in order to dispose them to receive the Holy Baptism, started to bring them to their house. And I heard Fr. Juan Cobo say: “now that the said Father, having in his room the sick, lay on the floor and placed the Chines on his bed. Seeing that many people came to them, the said Fathers tried to erect a small hospital. Fr. Leon, who died in Mariveles and whose body was found intact after the disinterment eight months later after burial, donated some fifty pesos.

Fr. Leon donated fifty pesos for the Hospital San Gabriel. I do not know what the equivalent of 50 pesos of the 16th century would be in our time. It does not matter. Fr. Miguel de Benavides bequeathed 3,000 pesos and his personal library for the foundation of what is now our University. The Pontifical and Royal University of Santo Tomas, the Catholic University of the Philippines, believe it or not, is a conglomerate of little bricks and big sacrifices, all glued with the blood and tears of our predecessors, the Spanish Dominicans who administered it during its long existence and who joyfully have bequeathed it to their Filipino brothers to continue their mission in the education of the youth of this beautiful country.

If anybody questions why an unconditional scholarship for future doctors, there you have the answer. I am fully convinced that good seeds have potential for abundant harvest. And as our Lord Jesus said, “Man will not live on bread alone.” The devil who tempted him was right. One must be realistic; nothing is possible without money. The medical career is very expensive. It is not only good words, or good intentions, or beautiful dreams that count. Something substantial, material, money, is needed to achieve it. But Jesus was right, too, the intangible deserves some consideration.

Let me thank all of you who believed in the goodness of this project: our benefactors who have supported it with your generous contributions; the BOT of Anargyroi Foundation; the members of the Regent’s Scholarship Committee, these extraordinary students, beneficiaries of the Regent’s Scholarship. Your faith and enthusiasm are the surest promise for a brighter future. May the good Lord bless you all!